On September 2, 2021, an article was published by Greenwichtime.

Study: Warmer Arctic led to killer cold in Texas, much of US (greenwichtime.com)

I read this and laughed out loud.  Read the following conclusion by Seth Borenstein, AP Science Writer:

Warming of the Arctic caused by climate change has increased the number of polar vortex outbreaks, when frigid air from the far north bathes the central and eastern United States in killer cold, a study finds.

The study in the journal Science Thursday is the first to show the connections between changes in the polar region and February’s Valentine’s Week freeze that triggered widespread power outages in Texas, killing more than 170 people and causing at least $20 billion in damage.

One of the advantages of blaming everything on climate change is that anything that happens confirms the theory. But in this case, Mr. Borenstein would have been wise to wait, say, one week. Because the following chart was just published by NOAA shows that arctic ice has actually increased substantially over last year. The reason this is happening is that the Arctic is not actually getting warmer, it is getting colder. 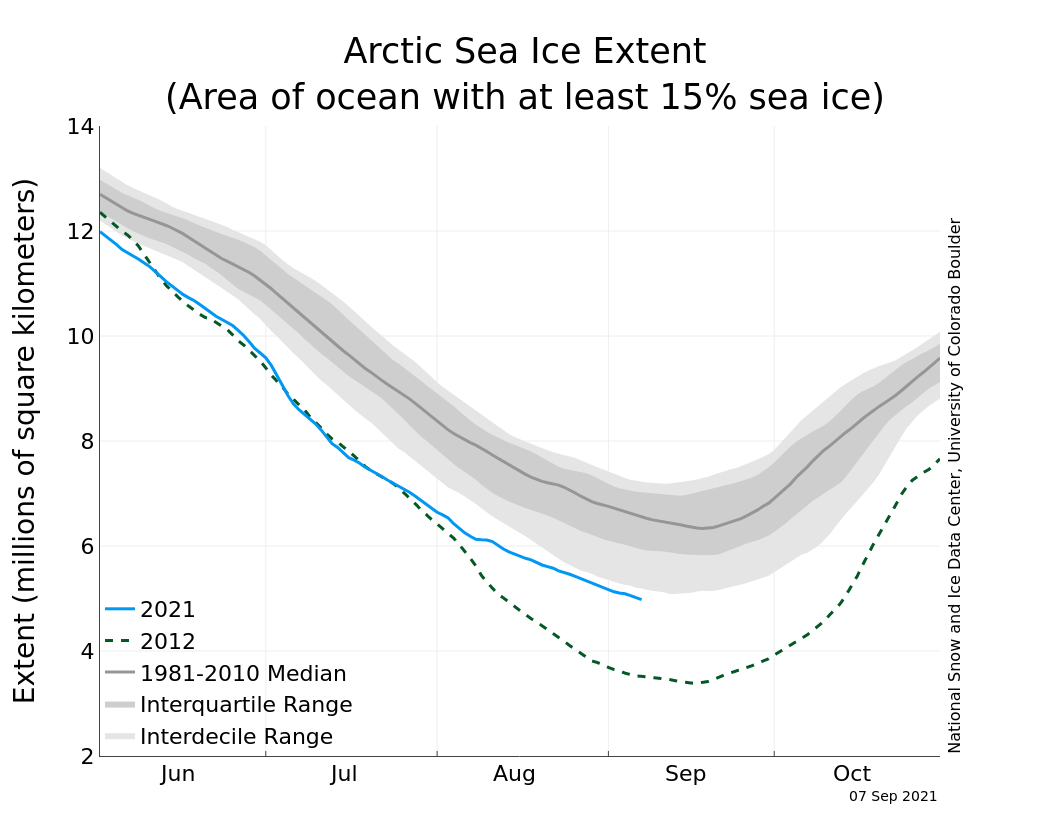 He didn’t even need to wait for the Arctic Ice analysis. Last week KTLA produced a report saying NOAA predicts 70% chance of a La Nina Winter.

What  does La Niña? A La Niña is “a cooling of the water in the equatorial Pacific, which occurs at irregular intervals, and is associated with widespread changes in weather patterns.

Wait, “cooling of the water.” What the heck” Just recently we were told that hurricanes would be much stronger in the future because the water is so much warmer. The only real question is whether these climate change alarmists are lying to us, or they are just this stupid. I personally think it is a lethal combination of both.

The following graph shows what to expect from a La Niña. 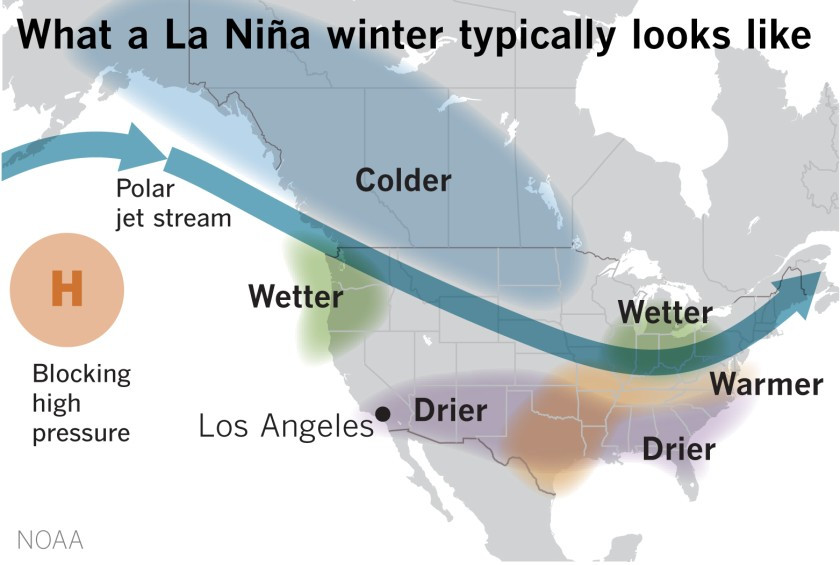 While this is a pretty fair assessment, things can change dramatically with some minor changes. For example if the Jet Stream moves just a little south, that “Wetter” area could include much of Northern California. While that nice blocking high pressure circle does usually happen, it is not automatic.

Now I am not a prophet, so I predict nothing other than this: “no matter what happens, it will be based on ‘climate change,‘ and will always mean ‘global warming‘ even when there is no global warming.” I also predict that, as always, the vast majority of predictions based on a lack of facts and any attempt at objectivity will be wrong, by a huge margin.

In other words, it is certain to be ICY HOT. Don’t sell your raincoat or umbrella. Definitely consider buying flood insurance if you are in or near a flood zone.