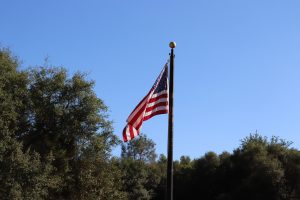 For those of us who are combat veterans, this day holds special significance. Many of us had friends who never made it home. I will never forget.

I graduated high school in 1965. That was the class that went to war. Our class lost a lot of people in Vietnam. Few of us would have predicted that on graduation day in 1965. I certainly had zero intention of pursuing a military career. Like a lot of other people, it was the military draft that motivated my decision. Most of the people I flew with in Vietnam did not consider themselves to be heroes. They were just people who realized it was our turn to answer the call and while we didn’t want to go, we couldn’t consider asking someone else to go in our place.

I still remember getting on an airplane in Seattle and taking off for my second tour in Vietnam. I looked around the plane and there were a lot of solemn faces. Few looked like they considered this a great adventure. Instead they looked like ordinary people, more than a little terrified, but grimly prepared to do their duty. Prior to boarding that plane I had watched wall to wall anti-war demonstrations on TV.  These naïve and selfish people thought they were showing great courage and saving the world. They had no clue regarding the reality of who and what we were fighting in Vietnam. In my mind, this was the opposite of courage. The real demonstration was by all those men who quietly kissed their loved ones goodbye and got on that plane.

So while I have special memories for the friends who did not survive the war, I also remember the men on that and many other similar planes. They get little or no publicity and few even notice. But they are the ones who demonstrated what courage looks like and why it is so important.

One thought on “MEMORIAL DAY”