A lot of people are hyperventilating about Trump’s apparent decision to withdraw troops from Syria. One thing is certain; there are a lot of people in the establishment who have very strong feelings about this. But, we have learned, the hard way, that the establishment is not necessarily very good at handling these kinds of things.

I really don’t have an opinion on this, either way, because I don’t know the facts. I do know that this is much more complicated than what is being reported and sometimes it looks like we create more problems than we solve.

In order to understand this, it is important to look back at history. To make a long story short, this area was controlled by the Ottoman Empire until World War I. The British and the French won World War I, so they punished the Ottoman Empire for siding with Germany. Then Britain and France developed a plan to fix the Middle East. They literally created countries by just drawing lines on the map with little or no regard to the wishes or desires of the people living there. Actually, many of the people living there were nomads with little if any loyalty to a physical location at all.

The easiest way to understand this is to look at a map of the Middle East in 1914, before World War I. 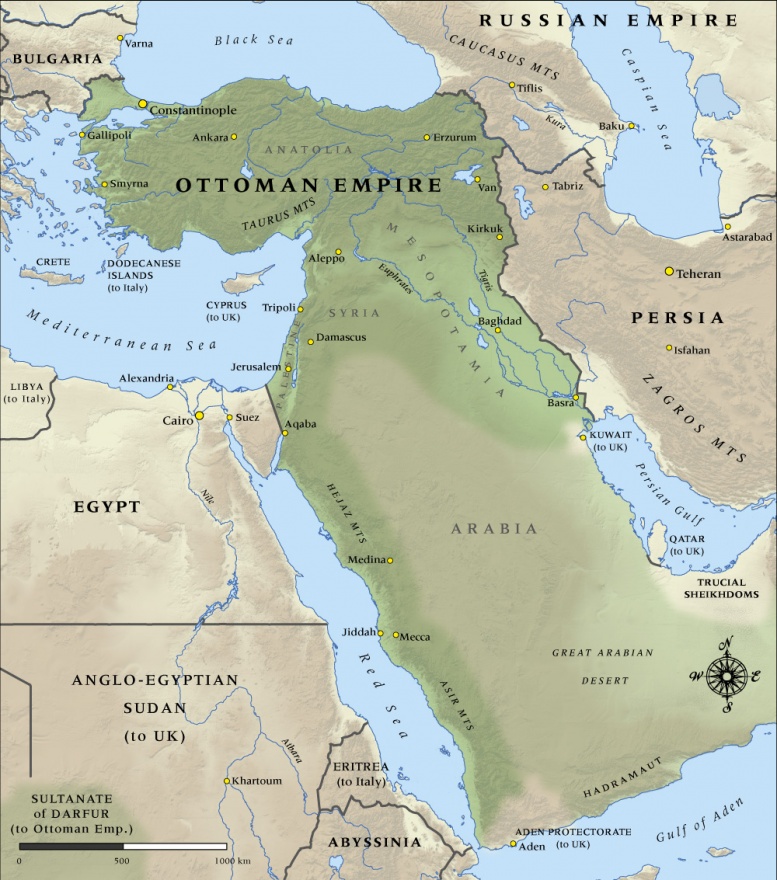 When Turkey, France and Britain developed their plans to make sense of this, they came up with this map. One could argue that if there were countries at all, this is what they would have looked like.

This map shows the Turkey, French and British Mandates for the period 1920 to 1935. 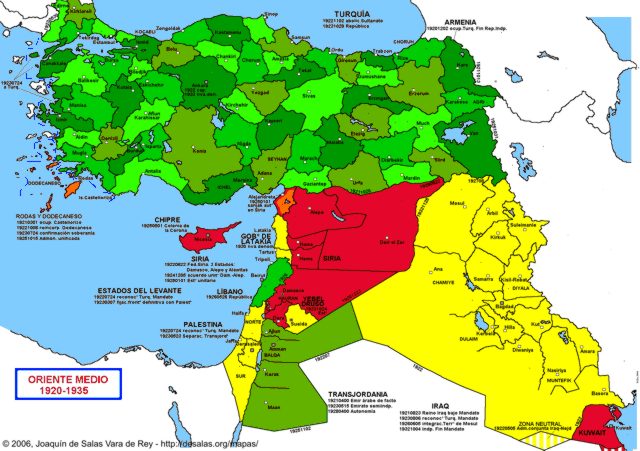 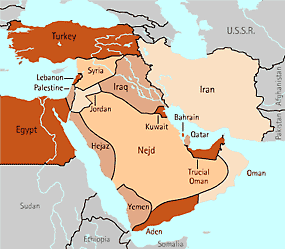 As you can clearly see, countries were created out of whole cloth with little regard to actual political alliances. Most of the affiliations were tribal and those relationships date back hundreds of years. Drawing some lines on a map doesn’t change that.

And finally a map showing current borders as of 2002.

So, when Trump says we need to stop sending troops into the Middle East to fight unnecessary wars, he has a point. To a large extent, a lot of the problems in the Middle East are the result of the Western World trying to reshape things in their own image. Now, we are faced with serious threats from places like Iraq and Iran. As far as I can tell the Kurds and the Turks haven’t got along for centuries. But this is a lot more complicated than that. I doubt that anyone in the UN or anywhere else really understands the reality of the Middle East. This explains why every country there, with the exception of Israel, is run by a dictatorship.That may be the only option to maintain control when dealing with so many people who feel little, if any loyalty to the artificial borders created by Britain and France.

Sometimes I fear we have done nothing more than take a region that was chaotic but of no real threat to us and created an out of control monster. While I am sure this area was always one of considerable violence and unrest, it probably was not a threat to world peace. ISIS was a threat, largely because we created an environment where they could thrive and allowed them access to modern weapons. The same could be said for Iraq, although Syria and Iran did actually exist, to some extent, for a long time.

The Kurds have been our allies in the fight against ISIS. They were also allies in the first Gulf War. They have also been engaged in an insurgency in Turkey for years and are listed by both Turkey and the United States as a terrorist organization. That dates back to at least 2007, long before Trump became President.

The following quote is from an article written by Greg Bruno, Council On Foreign Relations in 2007:

“Some observers blame the United States for emboldening the separatists. “The de facto autonomy enjoyed by Iraqi Kurds [following the fall of Saddam Hussein] has encouraged the PKK,” notes the Economist. “The Turks have held back from retaliation, largely because they hoped that America would deal with the PKK itself.” So far, that hasn’t happened.”

The point is that, once again, the MSM has chimed in with loud arrogance without any attempt to actually put this in perspective. Both Republicans and Democrats have seized the day to slam Trump. Yet, I doubt that any of them has anything close to a real solution. They say the best definition of insanity is doing the same thing, in the same way and expecting different results. Perhaps just asking: “what are we trying to accomplish here,” is actually a very good question.

I do not know the right solution here. I just know it is a lot more complicated than what is reported in the press. My only thought is we should all pray that God grants Trump the wisdom to make these kind of very difficult decisions.Unfortunately, more people will choose to just slam him while offering little is the way of a realistic alternative.

One thought on “THE MUDDLE EAST”