The pictures of Donald Trump and Queen Elizabeth are stunning. She is not very large, so he looks huge. More important he looks very Presidential and she is literally beaming at him. The liberal media tried to pretend that the Queen loved Obama because he had such class and she hated Trump because, well, they hate Trump. But there are no pictures of the Queen beaming like this at Obama.

First, Obama and the Queen 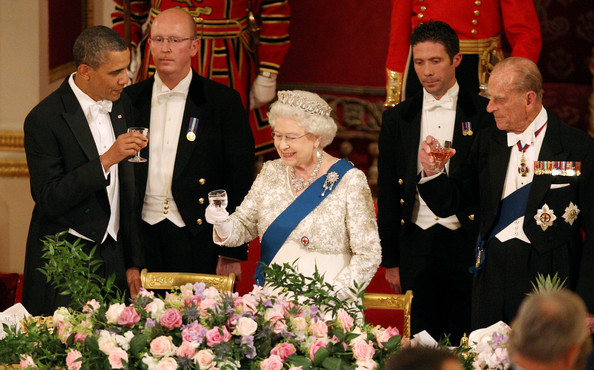 Now Trump and the Queen 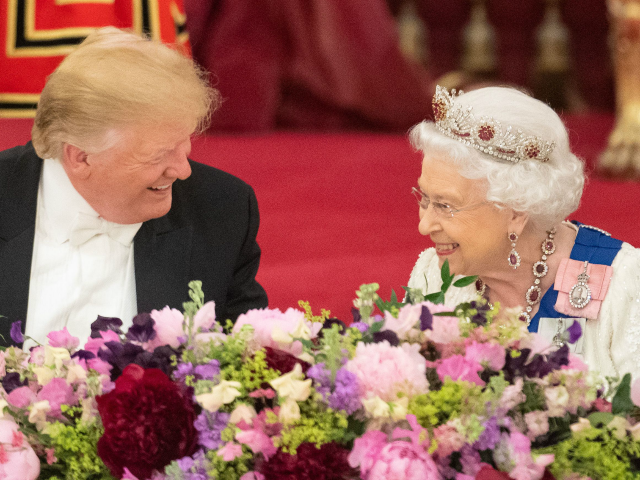 The contrast is stunning. While the Queen was gracious and smiling with Obama, as expected, she was literally beaming at Trump. This is one case where a picture says far more than  1,000 words. The Queen, contrary to all liberal expectations, clearly likes Trump.

The media has been too busy reporting about the “mass” protests against Trump in London to notice. They were expecting 250,000 people. Only 9,000 people bothered to register and another 33,000 said they might be interested.  If you look at the pictures, you don’t see large crowds at all, instead you see carefully framed pictures trying to exaggerate the size. This, of course, is typical for the liberal media.

London Mayor Sadiq Khan said it was “un-British to roll out the red carpet for Donald Trump.” The Queen was too busy rolling out the only red carpet that matters to notice. Who do you think is more popular in Great Britain, Queen Elizabeth or Sadiq Khan. Then there is Jeremy Corbyn who boycotted the state dinner. That will show the Queen who’s who. How dumb is that?

Right now, the real Tower of London is named Donald Trump. I suspect most people in Great Britain realize that.